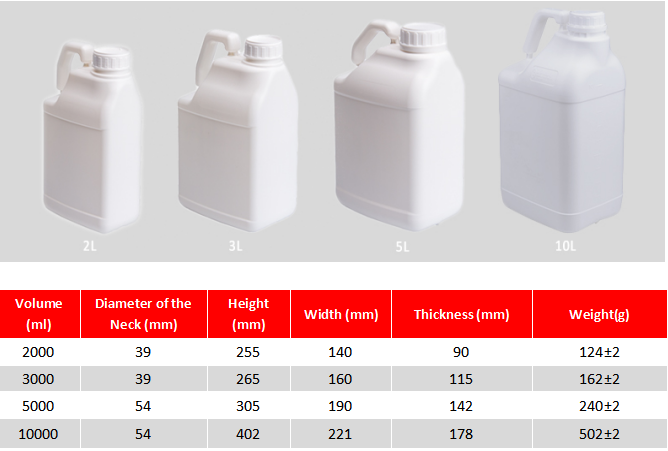 The situation is different for the other type of plastic bottles, namely polyester (PET) bottles. It has a barrier effect on certain organic solvents, so it is not only widely used in the packaging of pesticides in aqueous and colloidal suspensions, but also in the packaging of some emulsifiable concentrates. However, this material has some obvious shortcomings. First of all, it does not have sufficient barrier effect on water. Emulsifiable concentrate pesticide products packaged in it are often decomposed and invalidated due to the easy absorption of moisture in the environment. The national standard "Pesticide Emulsifiable Concentrate Packaging" was revised and implemented on March 1, 2001. ”Specifically made relevant restrictions on this. Secondly, the polyester bottle will be miscible with certain pesticides or additives, and the bottle body will become soft and deformed. The more typical varieties are "Dimethoate", "Dimethylformamide (DMF) Solvent" and so on. 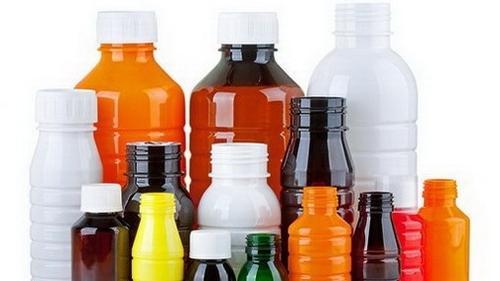 It is precisely because of the shortcomings of the above two kinds of plastic bottle packaging that in the late 1990s, the domestic pesticide market began to appear barrier bottles specially used for the packaging of emulsifiable concentrate pesticides.

Types of barrier plastic bottles and their respective characteristics

The so-called barrier plastic bottle refers to the use of a special treatment process (or combined with a special material at the same time), so that the treated plastic bottle has the function of effectively blocking the penetration of organic solvents in emulsifiable concentrates and pesticides, while retaining The original plastic bottle itself is a special plastic bottle with excellent properties such as light weight, many changes (different shapes), and not fragile.

The first barrier plastic bottle introduced into China and formed into mass production and supply is the "in-mold fluorinated plastic bottle".

The "fluorinated bottle" technology was first invented by Air Products in the United States and developed by Boxmore in the United Kingdom. In the mid-1980s, this "in-mold" or "online" fluorination technology won the Queen's Award for Science and Technology Innovation. 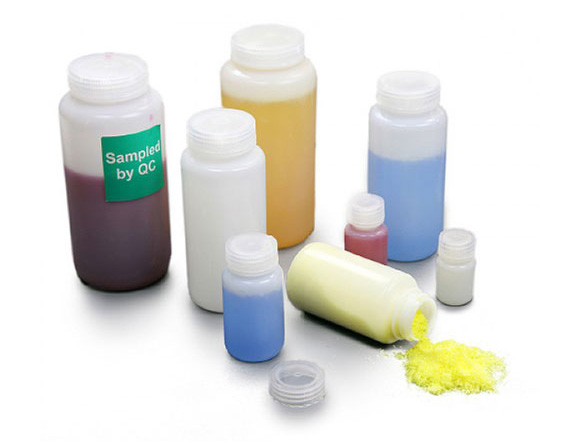 The initial fluorination technology is called "post-line fluorination" technology, which refers to the first blow molding of polyethylene (PE) plastic bottles, and then the plastic bottles are stored in a closed container, and a certain proportion of "fluorine" is filled into the container for a period of time. Nitrogen mixed gas" forms a fluorinated layer mainly made of polytetrafluoroethylene on the inner wall of the plastic bottle, so as to achieve the effect of blocking organic solvents.

Boshimo developed this technology into an "in-mold" or "online" fluorination technology, that is, simultaneous fluorination during the blow molding process. This technology greatly improves the fluorination effect and production efficiency, making plastic bottles more economical than other forms of barrier bottles.

However, the economy of fluorinated bottles is prerequisite. That is, there must be considerable investment in the initial stage of production to form a matching production scale. For example, the fluorination system is fully automatic computer controlled, it must be matched with a considerable number and capacity of blow molding equipment in order to form economies of scale. Secondly, the fluorination process requires high-purity and consistent ratio of fluorine-nitrogen mixed gas, and specific properties (brands) of polyethylene raw materials to be matched.

Under normal circumstances, the cost and selling price of fluorinated barrier bottles in the international market are tens of percentage points lower than the other two barrier bottles. This is an important reason why fluorinated bottles were introduced first. 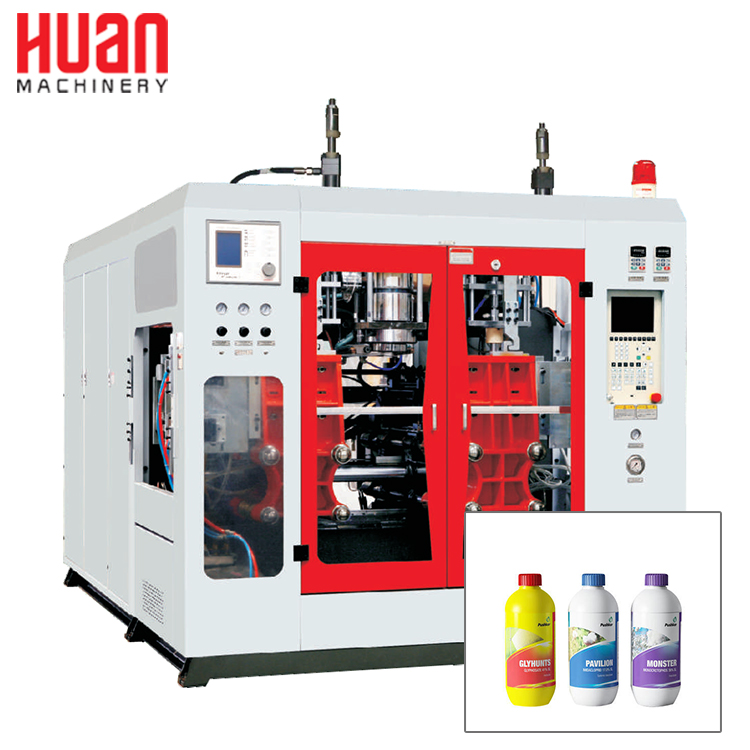 The blend barrier bottle was first developed by DuPont of the United States in the 1980s, and it is called Selar RB technology in English. It refers to a barrier bottle that is made by mixing organic materials with barrier properties such as nylon (PA) and polyvinyl alcohol (EVOH) into ordinary polyethylene materials, and then blow molding them.

DuPont of the United States has a more mature solution to this problem. It is said that the relevant technology can be transferred after charging a considerable amount of fees. At present, a domestic Japanese-funded enterprise has such a blended bottle supply, but because of the high cost, it cannot be promoted in the pesticide industry.

A domestic research institution said that it has developed similar technology, which can be transferred for an asking price of RMB 100,000. But the premise is to purchase the blended material (20,000 yuan/ton) that has been mixed. It is understood that domestic manufacturers that really adopt its technology and form mass production have yet to be discovered. 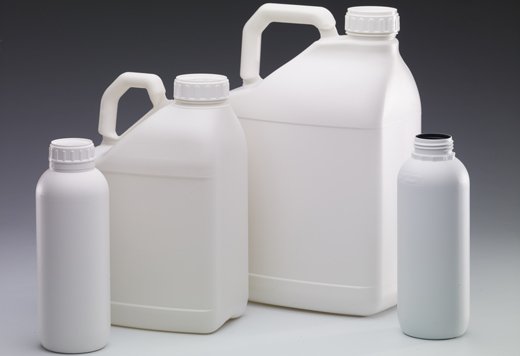 The term co-extrusion comes from the English Co-extrusion and is often abbreviated as Co-ex. The main feature of this technology is to bond two plastics with different physical and chemical properties (usually polyethylene and nylon or polyvinyl alcohol) with the help of a special adhesive. Therefore, this plastic bottle has at least three layers. Among them, nylon, polyvinyl alcohol, etc., which have a barrier effect, are generally located in the innermost layer.

These materials, including special adhesives, are all available on the market, and their performance is directly proportional to the price. Therefore, materials are no longer the bottleneck of this technology.

The problem is with the device. Unlike ordinary blow molding equipment, the blow molding equipment for multi-layer co-extrusion bottles must be equipped with different numbers of screws and extrusion heads according to the number of layers. The minimum configuration must be three pairs of screws and the corresponding three-layer extrusion head. Not only that, each layer of extrusion head must also have an adjustable range, and can ensure that the product has a good consistency. When these requirements are combined, there are only a handful of manufacturers that can provide equipment that meets the requirements, and the price of their equipment is correspondingly unattainable.

This is the reason why only Germany had co-extrusion equipment and co-extrusion bottle manufacturers in the world in the past ten years, and why the price of its products is dozens of percentage points higher than that of fluorinated barrier bottles. 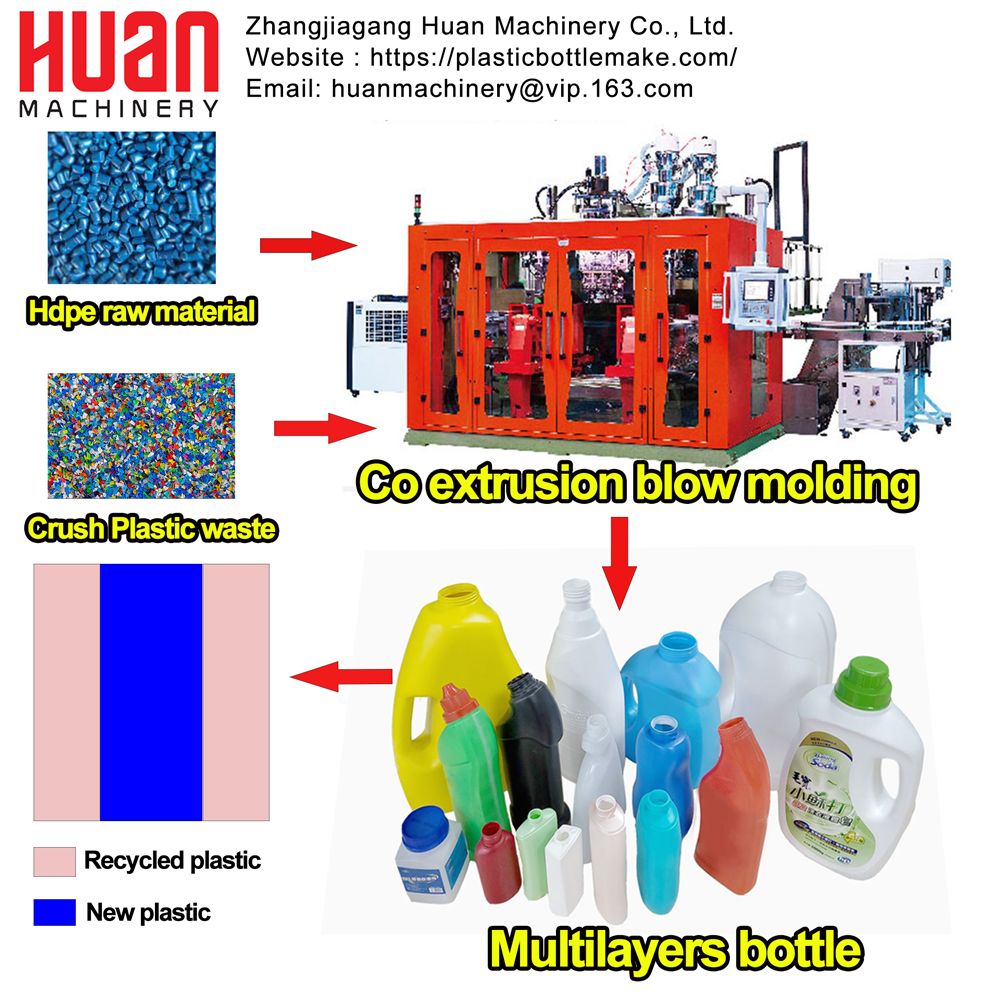 This situation has now undergone great changes and development.

The key technology of co-extrusion equipment is the ratio of the multi-screw system and the multi-core design of the die, especially the internal design in the case of multi-die. At present, in China’s blow molding equipment manufacturing industry, few manufacturers have mastered this core technology.